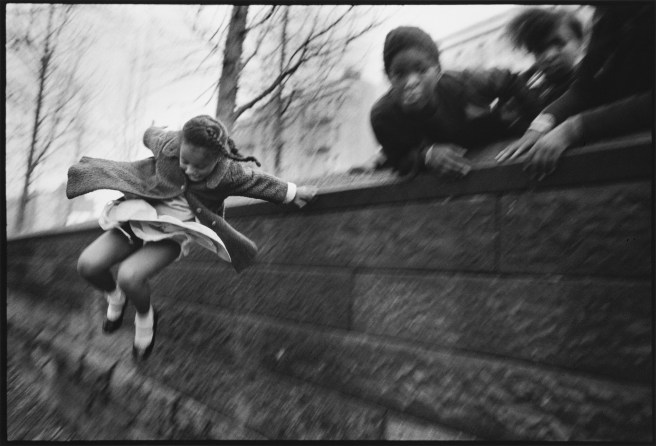 “No one loves a black girl, not even harself.” This statement by Delores, one of the main characters in my debut novel, HERE COMES THE SUN, resonated with listeners at the Kweli Literary Journal Reading Series last year, which was held in the New York Times building.  There was a hush in the room—the kind of weighted silence that braced with all the emotions, and reels of memories that gave way to a soul stirring guttural hum. The statement comes from Delores’s experience and understanding of the world, which she has instilled in her daughters. And by the reaction of the women of color in the audience at the Kweli Reading Series, it speaks truthfully to those who have felt this way.

However, there are some of us who have made it our personal mission to defy this notion of internalized hatred; to love ourselves more fiercely as an act of defiance. The growing popularity of the hashtag, “Black Girl Magic” is one such example.  It has been used to describe the likes of first lady, Michelle Obama; producer, writer and director, Shonda Rhimes; director, Ava DuVernay; actresses Viola Davis, Kerry Washington, and Taraji P Henson; and the growing number of black women doing amazing things on the world’s stage. But Black Girl Magic is rooted in something bigger than a trending hashtag on social media. The use has nothing to do with invincibility per se, but a deep yearning to conjure up confidence and self-affirmation in a world that still deems black women as under-dogs—something we have internalized for centuries, dimming our shine; having gotten used to being in the background, unseen and unheard, yet functional nonetheless as helpers, cheerleaders, witty side-kicks, background singers in a chorus where we’re camouflaged as one monolithic body in the shadows. Some of us take to retail therapy, others take to food, and a significant amount of us take to religion to fill our empty self-worth. The argument of whether or not the term Black Girl Magic is appropriate, incontestably reveals the need for discussion in how we perceive ourselves as black women versus how the world perceives us.

Dr. Linda Chavers highlighted the disadvantage of the term “Black Girl Magic” in a recent Elle Magazine article, describing it as “constricting, rather than freeing”. Dr. Chavers drew a parallel to the “strong black woman” archetype, which has proven detrimental to the mental, emotional and physical well-being of women of color. Of course, having gotten my master’s in Public Health with a concentration in women’s health, I am fully aware of the research and totally agree with Dr. Chavers.   However, I also believe that black women, more so the younger generation, have evolved a term in order to control their reality—a reality that has negated black women or rendered them invisible for decades; a reality where black women could be arrested, thrown in prison and murdered without a fair investigation and trial; a reality where black girls could be wrestled to the ground inside a classroom or while in handcuffs at a pool party by grown men who were supposed to protect them, their cries of pain and innocence falling on deaf ears. In order to survive in a world that treats them as less than human, many black women yearn to find that thread of light within themselves—that secret power to cast this thread in gold so that it can be resilient to the razor’s cut.

Contrary to Dr. Chavar’s statement, Black Girl Magic does not imply that we are different than any other human being. Neither is it restrictive in the sense of deeming black women as sub-human. Black Girl Magic is a term coined to outwit negativity that has plagued us for generations; a necessity to confront the odds against us.  In her essay, Tongues of Fire, bell hooks, discusses the history of critical affirmation, the need for black women to “tell it like it is” to protect ourselves against “the critical white world”.  According to hooks, self-critiquing became important in the eyes of many black women, especially mothers who feared if they did not punish their children accordingly, then their children would be susceptible to abuse and more intense punishment or criticisms from white people.  hooks reasons that while most of our energies went into the protection of ourselves and our off-springs by using harsh criticisms that might enable us to grow a thick skin, we lost the ability to affirm ourselves and others that look like us.  Black Girl Magic has turned this history on its head, giving more black women the audacity to tell the world that we are brilliant, beautiful, talented, ambitious, and competent; that we matter.

Therefore, Black Girl Magic is a proof of power. It is crucial to the development of the identity of the younger generation of black women.  Many young girls learn their culture’s social definitions of race at the same time they learn what gender behaviors are appropriate for them.  Black girls gradually come to understand the meaning of intersectionality, though they cannot articulate this or may never articulate this until college years or beyond.  As they develop as individuals, they do so while observing themselves as reflected in the eyes of others.  They begin to understand how others see them.  The most popular experiment conducted by psychologists Kenneth and Mamie Clarke proves this to be true when over half the black children sampled chose white dolls as nicer than black dolls. This phenomena resonated with me. Not only has it rung true to my experience growing up as a black girl in Jamaica—a place still infused by post-colonial hierarchies of class and shade—but in my stories.

The summer when I finished my novel, HERE COMES THE SUN, I did a final read through, realizing the similar thread in the novel.  One of the main characters, Thandi, bleaches her skin, thinking it will increase her worth in Jamaican society—a society that has long given prestige to the lighter citizens of the ruling class. Thandi’s narrative is a testament of how culture informs how we see ourselves. It’s no coincidence also that my main protagonists are women. I wanted visibility of working class black women in our culture.   Most feel invisible, pushed to the margins of society and silenced. While rape, incest, and violence against women remain prevalent in Jamaica, like any other country, the focus tend to be on other issues that exclude them. Issues such as homosexuality, for example, takes precedence over the victimization of young girls in our country by older men. In the book, Verdene is the most reviled among the River Bank community as a gay woman while a known rapist and pedophile walks around town freely.  The notion “No one loves a black girl, not even harself” rings true. Very little has been done in society as a whole to make black women feel like we are women; like we are deserving of rights and empathy.  It was Sojourner Truth’s lament in “Ain’t I a woman”.  We have been there for black men, but rarely does this loyalty gets reciprocated. It was a group of black women who came up with black lives matter after a series of publicized police brutality, which led to the killings of black men. But while the black lives matter movement picked up velocity, black women who have been victimized by rape or domestic violence continued to be overlooked.  Who advocates for them? Thankfully, the “Say Her Name” hashtag took effect after the news of Sandra Bland’s arrest.

It was no surprise that Dr. Linda Chavers’s argument against Black Girl Magic garnered criticism on social media. Black women all over the internet reamed the author, saying “If we don’t have [Black Girl Magic], then what do we have?” I thought about this rebuttal some more and analyzed the very meaning behind it: What do we have if we don’t have the ability to believe in our own magic? As simple as this question seems, it transcends history, generations. For years we have struggled and have somehow managed, in our own way, to exist.  Surely, our mental health has come into question given that it is impossible to exude strength at all times. The strong black woman archetype is definitely a myth.  Like any other human being, we need help. We need to be cared for, listened to, affirmed. And since society has not yet embraced us as women much less as human beings, we embrace ourselves and call it magic.  For it takes a sort of supernatural power—a potent witch’s brew—to love ourselves when the whole world tells us otherwise.

One thought on “The Truth about Black Girl Magic”